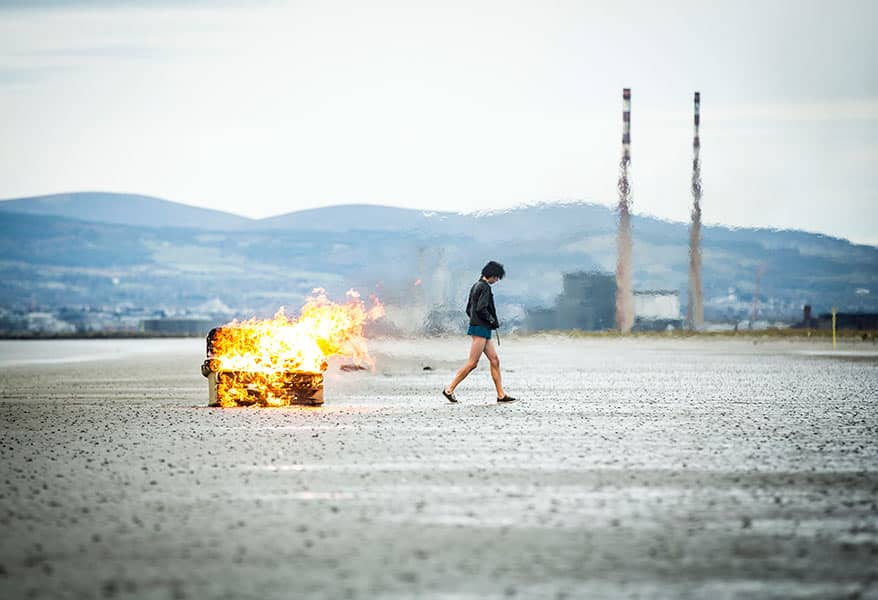 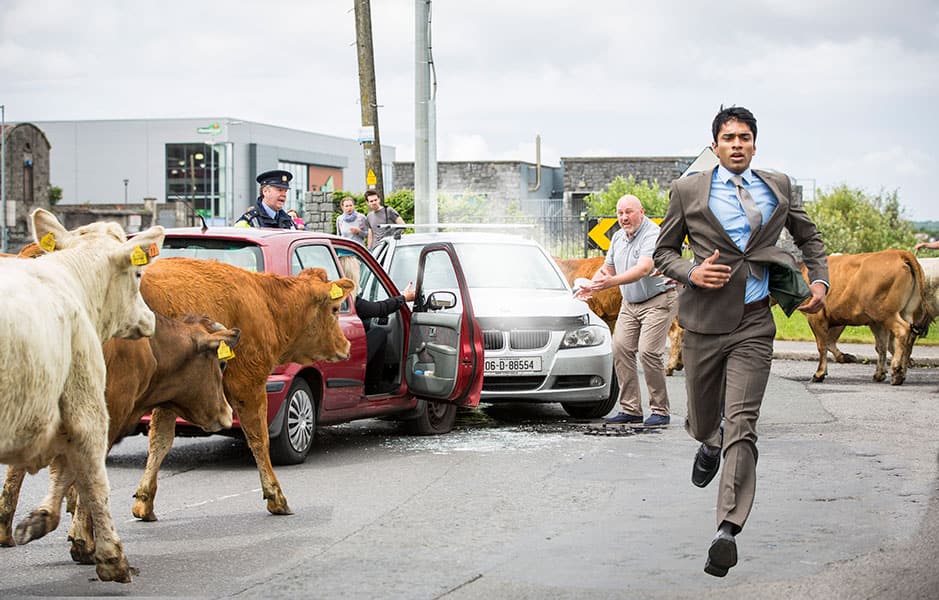 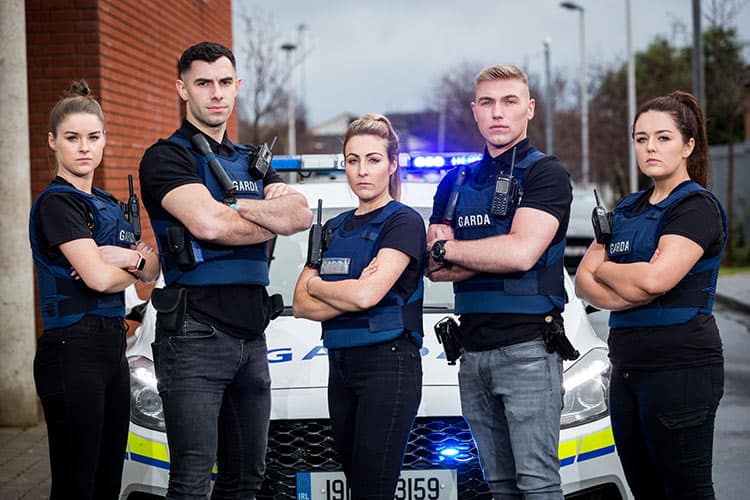 Drummer and keeper actors
2 main actors from Irish movie, The drummer and the Keeper, taken on set.

Drummer and Keeper burning car
Actor walking away from burning car during a scene from irish feature film, The Drummer and the Keeper

I have to say that shooting film stills would be one of my favourite areas to work within photography. Working within a team who all have the same goal in mind, to create the best production possible, that looks and sounds as good as it possibly can. I feel that I can really push my creative and artistic side shooting unit stills. That being said, unit stills are also some of the most challenging and demanding photographic work to do.

Time is your biggest enemy on set, you have to get your work done fast with as little interference as possible. Watch where you’re walking, stay out of the eye line of the actors, but make sure you get your shots. Your importance becomes apparent quickly after production commences and work begins on the artwork and promotional work as well as the promotional campaign leading up to release.

Ireland is a great place to be in terms of television and film, as there is always so much happening here. Whether it be Irish productions or productions from other countries, it’s a very busy industry for film and television. The tax incentives have really helped to attract some of the biggest film production companies in the world to Ireland.

The production stills above are from various film and television productions I have worked on over the past few years. I have included YouTube trailers below as a reference. These include feature length films, The Drummer and the Keeper, Halal Daddy and From The Dark, as well as RTE television comedy drama, Can’t Cope, Won’t Cope. Some feature length films such as ‘From The Dark’ (Dark Sky Films), are currently available to stream on Netflix.

Below you can view a selection of trailers from the aforementioned titles. Below that is a contact form should you have any questions or wish to make an enquiry.

If you have any questions regarding film stills/unit stills photography, don’t hesitate to contact me using the form below:

This website uses cookies to improve your experience while you navigate through the website. Out of these, the cookies that are categorized as necessary are stored on your browser as they are essential for the working of basic functionalities of the website. We also use third-party cookies that help us analyze and understand how you use this website. These cookies will be stored in your browser only with your consent. You also have the option to opt-out of these cookies. But opting out of some of these cookies may affect your browsing experience.
Necessary Always Enabled
Necessary cookies are absolutely essential for the website to function properly. This category only includes cookies that ensures basic functionalities and security features of the website. These cookies do not store any personal information.
Non-necessary
Any cookies that may not be particularly necessary for the website to function and is used specifically to collect user personal data via analytics, ads, other embedded contents are termed as non-necessary cookies. It is mandatory to procure user consent prior to running these cookies on your website.
SAVE & ACCEPT