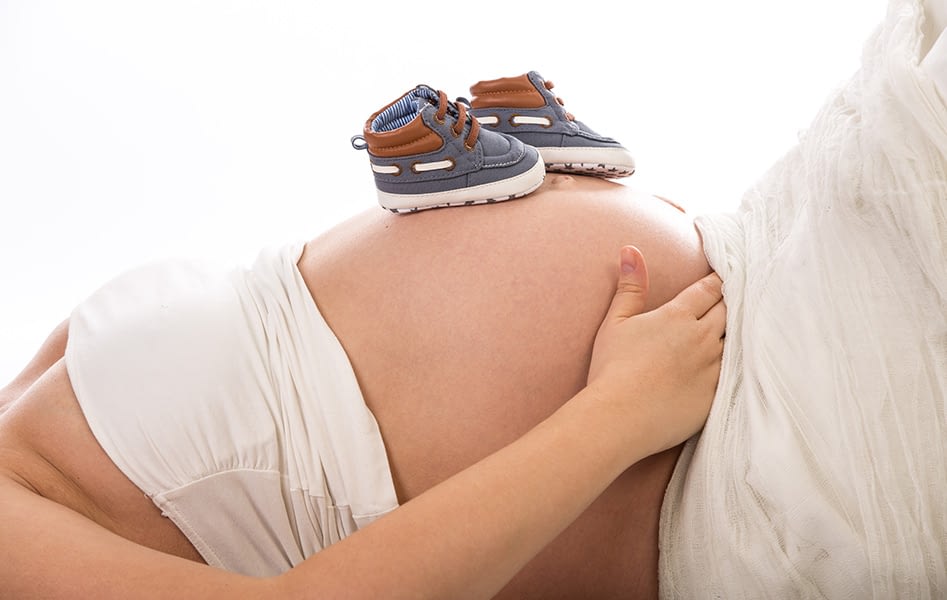 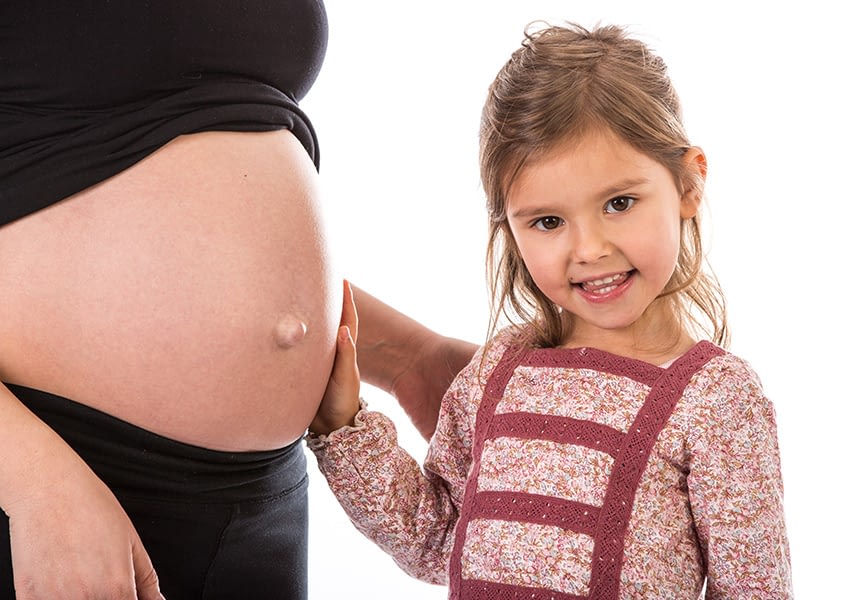 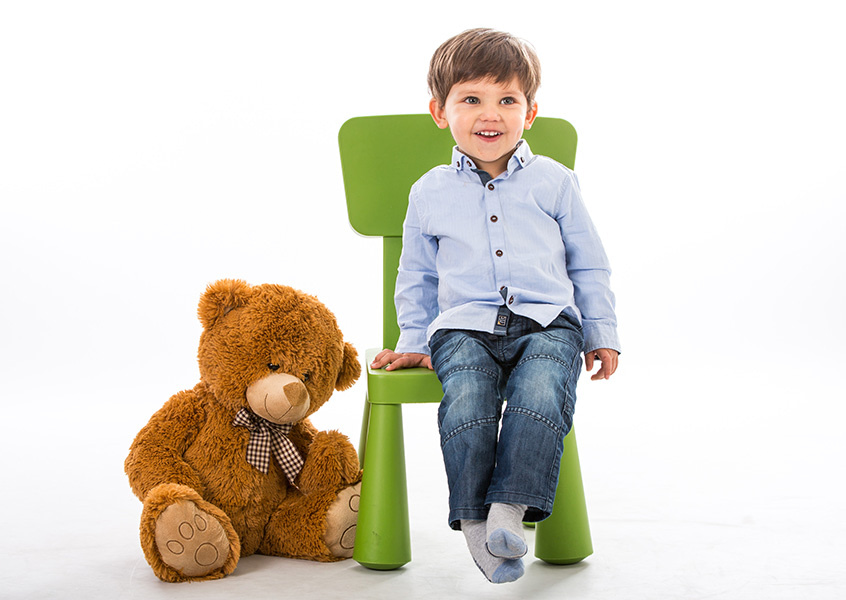 Recently I did a pregnancy photo shoot for a family with 2 children. I had done plenty of shoots with families before, but never a pregnancy shoot. It was important for the family that we incorporate the kids into the photographs with their future unborn sibling. I also got to play around with some interesting ideas I had.

Before the shoot I had spoken to the parents about what kind of photographs they would like. We had come up with some nice ideas together, such as placing the future babies shoes on top of the belly, as the mother was lying down. These came out looking really nice.

From previous experience, I knew that there would only be a small window of time before the children got restless in the studio. For this reason I knew we had to work fast. When they arrived to the studio, I was set up and ready to go. I wanted to make sure that we got the family portrait, so that was the first shot we did.

I knew the kids enthusiasm wouldn’t last, so I took all of the shots with the kids straight after the family portrait, and when they started to get tired, I concentrated on getting shots of the mother and her belly. This gave the kids a well deserved break, and they could walk around the studio and enjoy watching their mother.

Some of my favorite shots were when the kids had their faces next to the belly, and when they were just playing around in the studio. They really liked the glasses and toys they found, and the shots ended up looking really natural. These came out really well and the kids stayed in the moment and went along with our suggestions. I tried to keep one parent behind me to encourage the children to have fun and laugh, and also to focus them in my direction.

In all the shoot probably lasted about 40 minutes, but it was enough time for us to get every shot we had wanted to. A successful day in the studio!