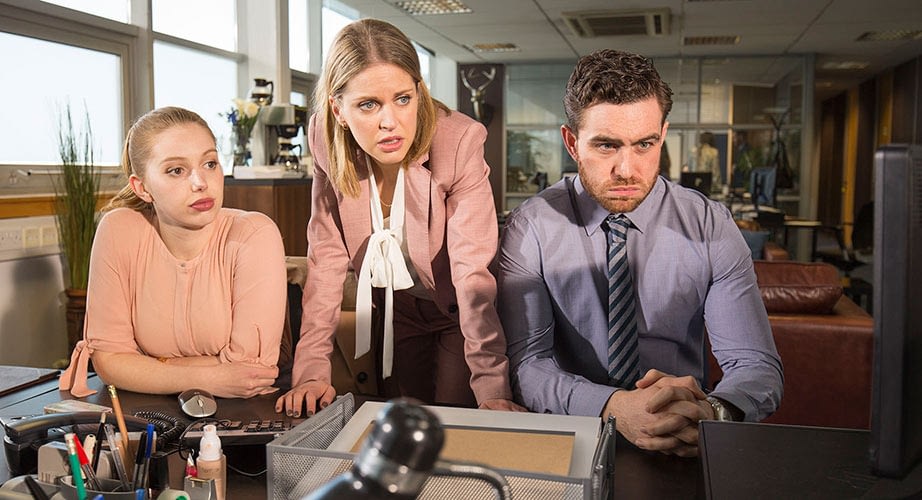 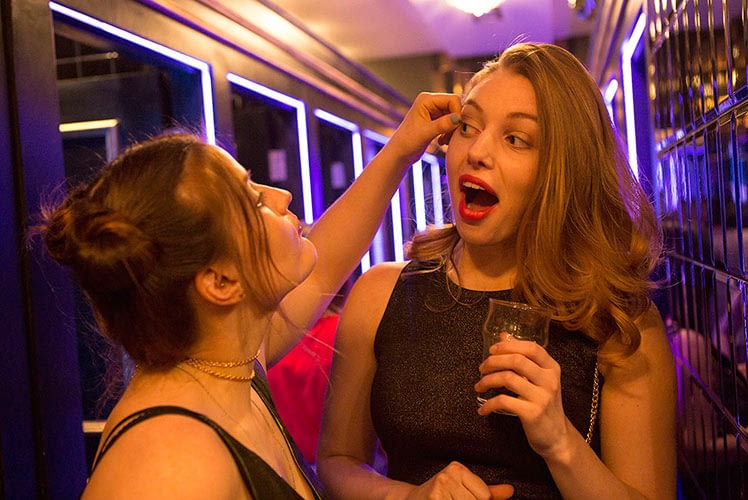 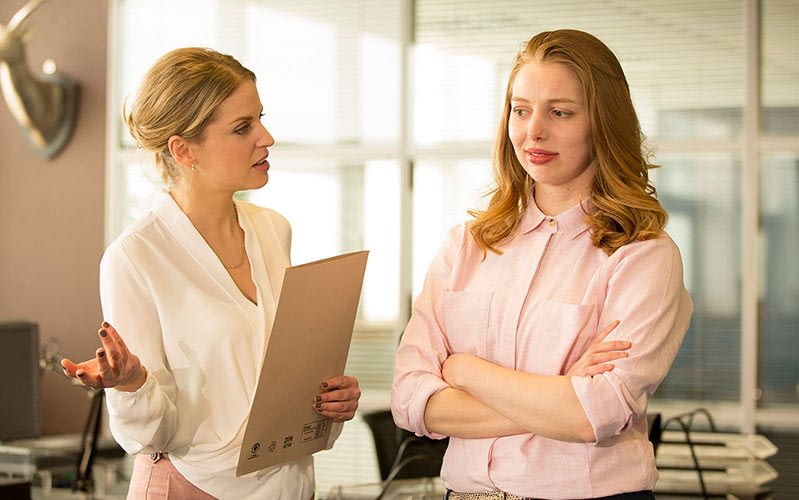 I recently photographed set stills on the new RTE comedy drama entitled, ‘Can’t Cope, Won’t Cope’, written by Stefanie Preissner and produced by Deadpan Pictures. The first 2 episodes were aired on the 19th September, and will run for 4 more episodes to conclude the first series.

It follows 2 girls from Cork in their 20’s, living in Dublin. When their partying lifestyle gets out of control, this begins to impact on their friendship, bringing some dark realities to light.

There was a huge amount for the cast and crew to film in a very short space of time. For this reason I had to work as quickly and efficiently as possible while shooting the set stills, so as not to take up the time of the actors and crew.

Often we were shooting in tight cramped spaces such as a bedroom, bathroom or sitting room in a small house. For this reason there wasn’t always room for me to shoot beside the DOP, boom operator, assistant director etc. Apart from the risk of falling on top of one another, great care is taken when mirrors and other reflective objects are in the room, as the viewer might get a glimpse of the crew! As well as reflections, we also had to be careful of shadows, so often only the people that had to be up at the camera were there. For this reason I had to plan out my photographs in advance.

Something I like to do is to watch a scene on one of the monitors as it’s being filmed, and look for expressions or gestures that the actors might make that will make a good set still. I then note the lines they say at these moments. That way they don’t need to repeat the whole scene for me when I’m taking the stills, but only the lines I have noted. I can also get them to repeat these parts of the scene for me a couple of times.

Other times I can jump in between takes when actors are still in the moment, and either practising the scene between themselves, or in position to shoot with their minds set on the characters.

I have a selection of my favourite set stills above. The 2 main actors are Seána Kerslake and Nika McGuigan, but the series also features well known actor and comedian and actor Amy Huberman. As rushed as things were on set, I really had a great time, and I think that the cast and crew produced something unique that they can all be proud of.

Please feel free to contact me using the form below if you have any questions: